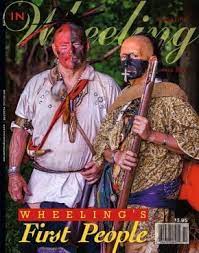 Wheeling Leaves Its Mark on Twain

On Jan. 10, 1872, one of America’s most celebrated storytellers took the stage at Wheeling’s Washington Hall. An Intelligencer reporter described him as “a youngish-looking man of somewhere about thirty-five, not handsome, but having a bright and intelligent look … He was dressed very neatly in a black suit … He is clean shaven except with a heavy dark moustache; and his manner of wearing his hair, which is very abundant, shows that he is his own tonsorial artist.” Although his birth name was Samuel Clemens, most readers...... [read more]

As the Industrial Revolution roared across the United States, entire towns were built for the sole purpose of housing mill workers and their families. Like rural coal patch towns, mill towns were company towns, that is, owned lock, stock, and barrel by the mill. Workers lived, labored, played, and prayed in company-owned buildings on company-owned land. And when the mills closed, the buildings were often razed and the land was left fallow or sold to the highest bidder. The village of Power was a mill town that sat along the Ohio River in Brooke County, West Virginia ...... [read more]

“The Stag,” the Myth, the Legend

Every time I visit “The Stag” at Oglebay Park, I wonder how many Ohio Valley children have perched themselves on his smooth, verdigris surface. How many families have spread a picnic blanket in his shadow on a warm summer Sunday while the band plays on at the Anne Kuchinka Amphitheater? How many West Virginia winters has he endured, stoic and ever ready to please another visitor ... [read more]